Last week I had the pleasure of attending The Hinton Hut to play a four handed Napoleonic wargame hosted by Ian using his fantastic collection of 20mm Hinton Hunt figures. For a full break down of the battle, including the infamous "typo", Ian has posted an excellent 3 part breakdown of the battle here.

For my part I will post a few pictures to give a flavour of the days events.

Just to thank Ian, Tony and Nigel for a fantastic game and the first class company. Plus Mrs Stryker for keeping us all fed and watered the whole day!

Email ThisBlogThis!Share to TwitterShare to FacebookShare to Pinterest
Labels: Warfare in the Age of Bonaparte

Finally I have something to show. Not one but three units for the Classic Napoleonic Collection.

First off and still using black undercoat we have the Brunswick 1st Line Battalion. Tradition of London figures and flag from Warflag. 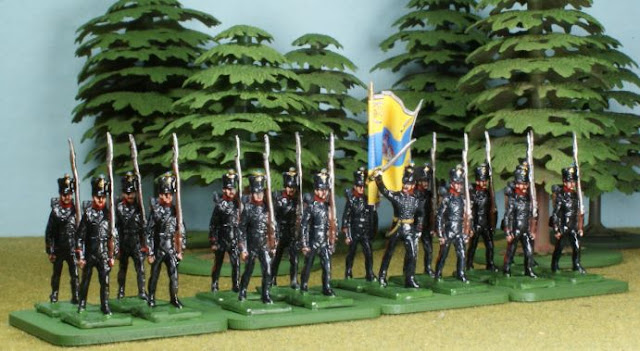 While I was at it, time for some artillery. Tradition once more for the Brunswick crew and artillery piece is from Hinchliffe. 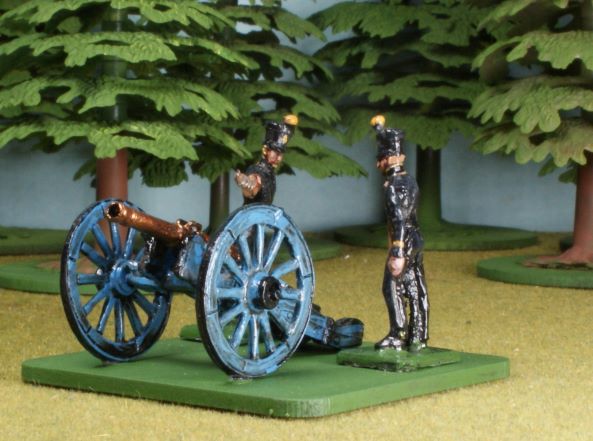 Finally, the first of the French Line infantry; and yes, you've guessed it, Tradition of London 25mm figures once more. This time with a light blue undercoat which really has helped speed things up with my poor old eyes.

I have noticed a couple of spots that need cleaning up but this is two days work so I am impressed with my output for once.

The Napoleonic  thread will continue for the next few posts even though I should be painting additional Perry Union troops as I have received intelligence that following his besting at Bryson's Crossroads my Southern nemesis, Neil, has been busy reinforcing that darn Reb army.

Email ThisBlogThis!Share to TwitterShare to FacebookShare to Pinterest
Labels: Classic Napoleonic Collection, Warfare in the Age of Bonaparte

Finally On the March Again.

It has been a while since my last post caused by general stuff plus difficulty with the old eyes again. Hopefully tomorrows laser surgery will fix the worst of that problem.
Continuing on with shiny Napoleonic's I give your more Tradition of London 25mm figures in the form of the Grenadiers of the French Imperial Guard.

These fellows were undercoated in black and with their delicate detail were the devil to paint. I will be using alternative colour undercoats in the future I think; but as the next batch are Brunswickers I will persevere a little longer with the black.
My old Merit trees have had a bit of a refurbishment following Aly Morrison's recipe found here.

Oversize flag (I know-but they are my toys!) from Warflag one again.
Posted by Matt at 21:54 13 comments:

Email ThisBlogThis!Share to TwitterShare to FacebookShare to Pinterest
Labels: Classic Napoleonic Collection, Warfare in the Age of Bonaparte

With 2021 now officially history it is time to look forward to my plans for the next twelve months. Firstly one project sitting on the backburner is a collection of classic 25mm figures I have been amassing for a few years now. Here is the first unit, all figures are Tradition of London 25mm with flags printed off of the Warflag website. 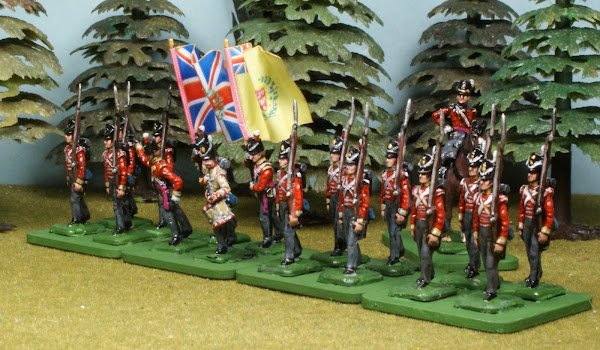 This collection is intended as a replacement for the Airfix Waterloo Project which I have decided is a stretch too far and really not achieveable. To be honest all collecting will be governed by two overrding factors. Firstly I returned to the working world in November meaning the seven day weekends are a thing of the past (my daughter's decision to go to University this year was the major factor in this!). Secondly it is a matter of eyesight. Since the operations it is safe to say my eyes are not what they were but I am experimenting on ways to make it easier. For now though I leave you with my best wishes and hope 2022 will be one to remember - for all the right reasons.

Email ThisBlogThis!Share to TwitterShare to FacebookShare to Pinterest
Labels: Classic Napoleonic Collection, Waffle, Warfare in the Age of Bonaparte

Merry Christmas To One And All 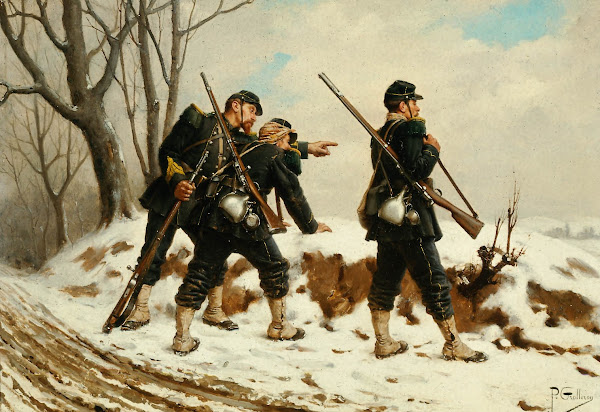