So for my final post before returning to work I thought I would finish up some of the Airfix Battle of Waterloo Project figures. There were far too many to finish in the time left so here is a sample of what is in the queue. 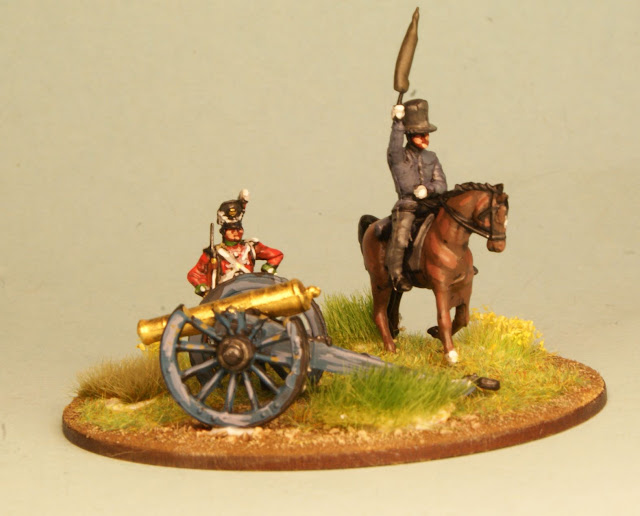 The glue is in fact still drying on my first command stand, but here is Jack Hawkins, sorry General Picton, leading from the front "Gordon, take your bastards forward. I'll bring up the rest of the Brigade".

He started life as the US 7th Cavalry officer. The jaunty sentry is perhaps hoping the cannon carcass will offer more protection to him than it did for the original crew.

The Chasseur a Cheval is an obvious conversion. All the mounted cavalry figures have been reinforced with a pin bent to shape on one of the legs and pinned to the base. In this case the pin is on the rear left leg and once painted is pretty much invisible. Its a fiddly job though! 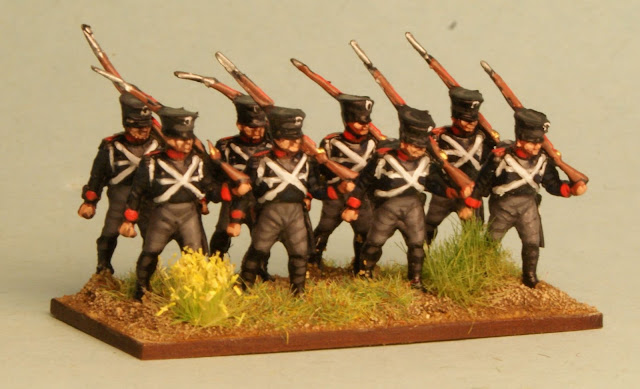 Not sure when I will being returning to the painting/gaming table. My job for one of the "blue light services" means I'm being deployed against the C-19 virus. From my experience of other civil emergencies I'm going to be really earning my wages for the foreseeable future.

So keep safe indoors and I'll see you all when we come out of this the other side!

Email ThisBlogThis!Share to TwitterShare to FacebookShare to Pinterest
Labels: Airfix Battle of Waterloo Project, Warfare in the Age of Bonaparte